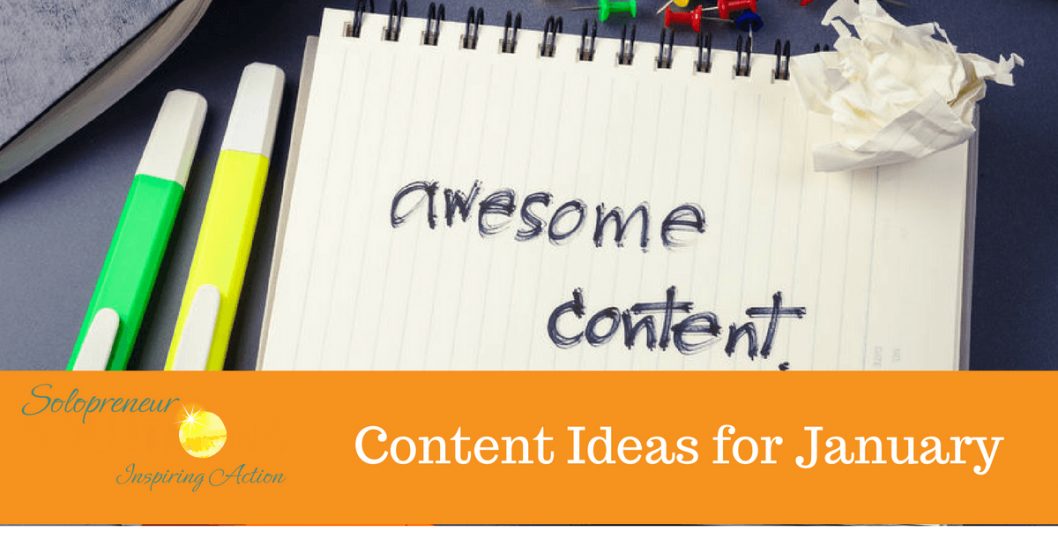 New year, new you! It’s time for making New Year’s resolutions, so why not put a solution in front of your blog and social media audiences? Can the resolutions they may consider making be helped along by what your business has to offer? How can your products and/or services improve lives, operations, or other circumstances, or otherwise solve problems for your audience?
January is chock full of interesting days and observances to write about, including a few about our favorite foods. Do some research to discover more about these observances and their origins. Consider a contest, giveaway, or challenge based on one or more of these special days to create interest or promote your products or services.

January 18 is Winnie the Pooh Day

Here’s a special day for the authors among us. Winnie the Pooh Day is an opportunity to enjoy your favorite bear and all of his friends. This day was created to celebrate the birth of author A.A .Milne in 1882. He was an author of children’s story books, and created Winnie the Pooh and his friends. Have some fun today by reading some storybooks about the adventures of Winnie and his friends with young children. Did you know? In his works, he was known as A.A. Milne. The initials stand for Allan Alexander.

Here’s another day for writers and authors. I know in this age of computers, very few of us take pencil or pen in hand. National Handwriting Day is an opportunity to reintroduce yourself to a pen or pencil and a piece of paper. National Handwriting Day was established by the Writing Instrument Manufacturers Association in 1977. January 23rd was chosen because this is the birthday of John Hancock. John Hancock was the first person to sign the Declaration of Independence, and his handwriting is perhaps the most notable on the page.

In addition to this, the third full week in January is National Book Week. Typical weather in January isn’t favorable for most outdoor pursuits. Stay indoors and celebrate national book month revisiting some classic books or even some of your old favorites. Here’s a list to get you started:

What special days or observances warm your heart in January? Are there holiday events or happenings that will attract customers or impact your business? Share them in the comments and of course, share them with your readers! Until next month, stay warm, read some great books, and as always, keep writing!