For solopreneurs who are looking to get into Instagram’s new features such as stickers and live video, the time has never been better to get started. This is a super popular platform that allows people to connect in ways they never did before. This means that you, as a small business owner, are in a prime position to take advantage of these developments with some posts of your own. Especially with these new features, you’ll have even more opportunity to get your brand out there in a unique and exciting way that will be sure to draw in new followers as well as new customers.
In this post, we’re going to look into new features on this popular photo-sharing platform and see what you can do to maximize your viewership.

One of the most immediate new features is the ability to like comments as well as photos. It used to be that you could only like posts and that you would have to individually reply to comments to show that you liked them. Now, the photo-sharing platform has done away with that encumbrance and instead has made it so that you can like comments on posts as well as the posts themselves. This is a huge timesaver and will lead to big gains in productivity as all you have to do is like a comment instead of individually commenting like you had to do before. The feature has been available for a few months, but wouldn’t be immediately noticeable since it’s a more subtle feature than Facebook’s like feature.
To like comments on this photo-sharing platform, all you have to do is tap on “view all x comments.” After this, you should see a white heart symbol next to each comment. Tap on the white heart symbol of the comment you want to like, and you’ve liked it.
When someone likes your comment, you’ll get a notification in the same way that you do when someone likes one of your posts. The platform will track how many likes a comment gets as well as how many a photo gets.
If a user likes a comment on one of your posts, you will not receive a notification. However, you will be able to scroll through and take a look at all of the likes that have been logged.

Private accounts only allow users to view content once they’ve started following, but there was no way to remove these followers once they joined other than blocking them entirely.
Access can now be taken away on a user to user basis. They won’t be able to see that they’re not following you, but you can still see their posts. Blocking a user, on the other hand, takes away both your and their ability to view each other’s posts, while already existing mentions and comments would still be visible.
In Facebook blocking, the users essentially become invisible to each other. In this sort of blocking, however, both users can still see that the other is on the site, they just can’t see each other’s posts.
In order to remove a follower, find them in your list of followers and tap the three dots next to their name. From there, just remove them from the menu.

Users were already able to report content that was against posting rules, but users can now report content that shows a user as being in danger of harming themselves. The photo-sharing platform has a dedicated support team for such reports which is available 24/7.

Another new feature of this behemoth photo-sharing platform is the ability to save posts. You can do this by clicking on a bookmark that will add the post to a new tab that only you can view where you have a bit of a scrapbook that allows you to look back on past saved posts.

This latest bit of functionality was put into place in order to compete directly with rival Snapchat. You can add customized options that are based on your location or the time, and there are also themed ones that are available from time to time as well. 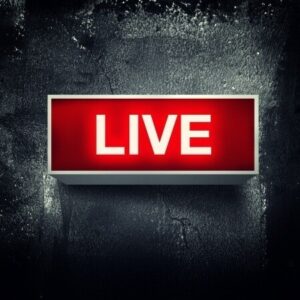 This photo-sharing platform now has branched over into video that’s live. Once that live event has passed, the video will disappear, which reduces the pressure on the video creator to have impeccable content. This is meant more for having fun in the moment. This stands in sharp contrast to Facebook’s video feature, which saves videos for posterity after the live event has passed.

This new feature is a lot like Snapchat’s stories feature in that it allows users to post temporary stories on a 24-hour basis to promote their stories or videos. This allows users to catch up on what their friends are doing at a glance by simply tapping on the top area of the screen to bring up this option.

The popular photo-sharing app has rolled out a new feature that allows users to save drafts directly. Before, if a user pressed the back button it would simply take them back and discard their post. Now, if they’ve added a caption, a filter, or the like, hitting the back button will prompt a question as to whether or not they want to discard their draft or save instead. It’s important to note that pressing back on a photo that hasn’t been manipulated will still take you back.
This is a great feature for individual users, as it allows you to fine-tune a post, keep it in reserve, and post it later t your convenience.

Along with comment disabling, this platform also allows you to filter comments based on content. You have the ability to enter in certain words, phrases, or even emojis, which will then be filtered based on your specifications. Posts using one of those words will then not be posted. You simply need to tap the gear icon on your profile and adjust the words that you consider offensive in a comment.
This is a great tool for those who want to maintain a level of professionalism in their posts and would like to rid their posts of slur comments, expletives, racy language and the like. 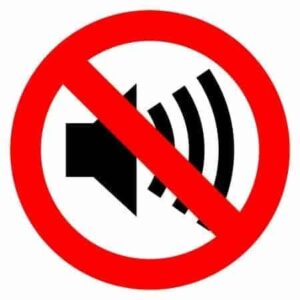 In order to mute someone’s story, all you need to do is long tap on their avatar. This will move it to the bottom of the queue and prevent it from autoplaying. In order to unmute, you simply tap and hold on the avatar and select unmute.

Automatically Save Your Stories

Another new feature of the photo-sharing app is the ability to automatically save your own stories. In order to activate the save stories feature, tap on the gear icon on your profile and select “save shared photos.” You can also save individual stories by tapping on the three dots in the lower right corner when you view them.

Change the Color of Text on Your Story

Just like Snapchat stories, you can now change the color of text when you add text to stories. You can add a little bit of personality to your story, or maybe try to match it to the scenery. To add glowing tet, you’ll have to draw the letters in with the neone marker tool.
The only option that businesses really have to be mindful of is the mute option. With the ability to mute users, small businesses will have to be extra mindful over what they post to make sure it doesn’t come across as annoying or spammy.

The photo-sharing platform is making it easy to associate with an ad and advertising content. This comes on the heels of the photo giant’s enhanced call to action feature. Now when users show interest in an ad, the call to action button will be highlighted. For video link ads, when unmuting an ad, the user will be taken to the landing page of the business while the video continues to play at the top of the screen.
This is a great thing for your small business because advertising is finally being prioritized. The options for advertising have increased commensurately and now allow small businesses to saturate a market with an appropriate ad.

The pinch to zoom gesture has long been a feature on several apps for quite some time. It only makes sense for a photo-sharing app to carry this feature, and now it finally does. Ever since August, users can now pinch to zoom on both pictures and videos on the regular app and on the stories section.
This is a great thing for your small business because it allows for an increase in creativity within your ads and other content. You can even run competitions where users have to zoom in to images in order to find hidden content.

The photo-sharing platform has levelled up with a new events program. It’s a personalized video channel that curates the best videos from concerts, live performances, and other events, and gathers them on one platform. It’s essentially a more personalized version of Snapchat’s Live Stories. As of August, you can log into Instagram to see things as they happen all around the world.
Any event can become an Event if it’s popular enough and has enough users creating content in order to justify it. You can let folks know what’s going on on the ground to add some differentiation.
For solopreneurs who are looking to get into Instagram’s new features such as stickers and live video, the time has never been better to get started. This is a super popular platform that allows people to connect in ways they never did before. This means that you, as a small business owner, are in a prime position to take advantage of these developments with some posts of your own. Especially with these new features, you’ll have even more opportunity to get your brand out there in a unique and exciting way that will be sure to draw in new followers as well as new customers.

About the Author: Donna Amos

I believe you can achieve anything you truly want to achieve. “It might sound trite, but time and time again, I’ve seen it happen with my clients. They overcome the fear of exposing themselves to the possibility of failure to creating profitable exciting businesses. My clients do great work, and sometimes it only takes someone else believing in them to give them the confidence to step out and take the chance.”

Book A Call With Us